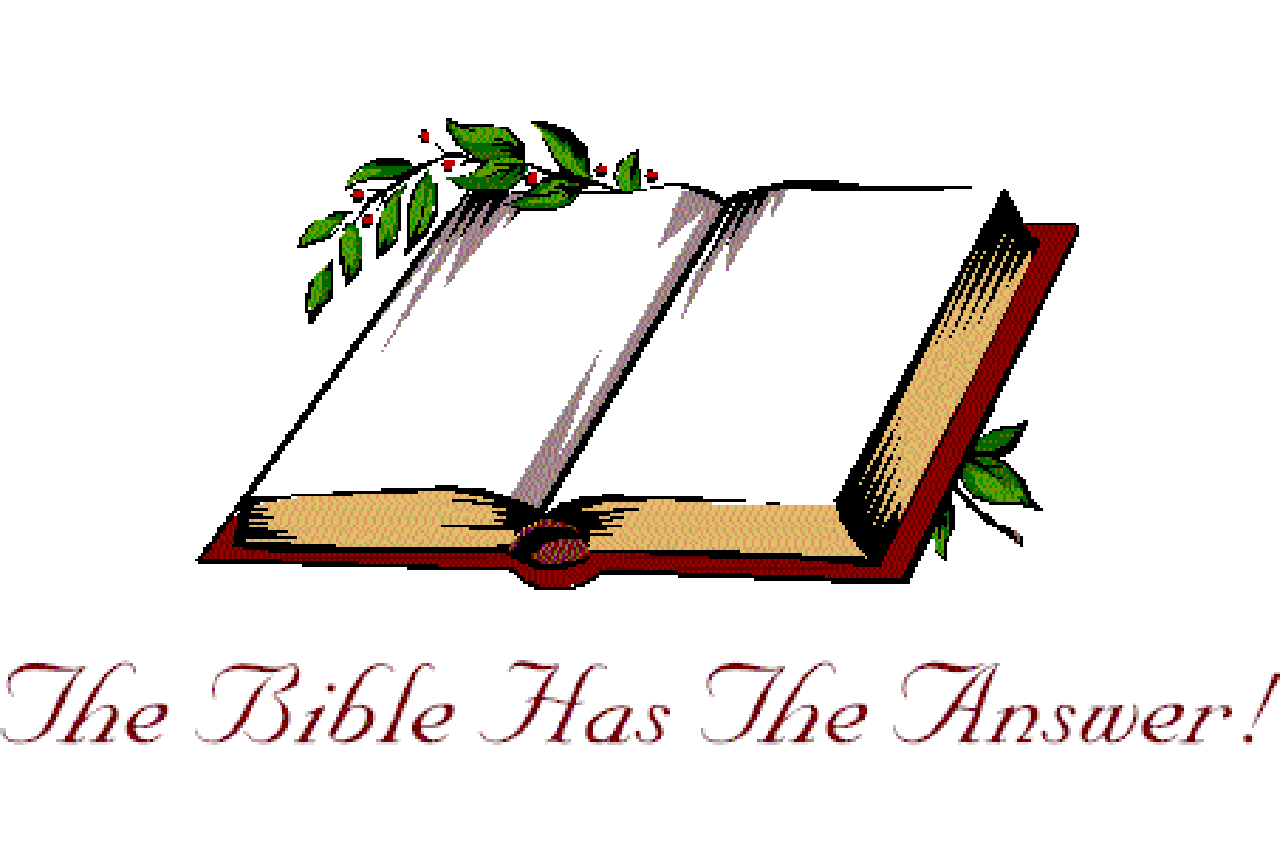 "Be diligent to present yourself approved to God, a worker who does not need to be ashamed, rightly dividing the word of truth." II Timothy 2:15

Religious confusion abounds on every hand. Even among those who acknowledge the Bible as authoritative there are radical differences as to its teaching. Much of this problem can be traced to a failure to “rightly divide” or handle aright the word of truth.” Peter spoke of “some things hard to understand, which those who are untaught and unstable twist to their own destruction, as they do also the rest of the Scriptures.” (II Peter 3:16).

In “rightly dividing” God’s word, there must be a respect for the natural divisions of the Bible. This will eliminate most of the common errors of interpretation. Two major divisions immediately come to mind: the Old Testament an the New. The first division consists of thirty-nine books written over some 1500 years beginning with Genesis and ending with Malachi. The second division is composed of and twenty-seven books, beginning with Matthew and ending with Revelation. We will survey briefly each of these divisions in this study.

There are four facts concerning this portion of God’s word, which are essential to remember if one is to “rightly divide the word of truth.”

1. It is an inspired and divine revelation. The expression “thus says the Lord” appears some 500 times in the Old Testament. Jesus clearly so viewed it, for he often cited it as authoritative, pointing out repeatedly how he and his actions were the fulfillment of Old Testament writings. The apostle Peter spoke of the origin of this section of the Bible when he said, “holy men of old spoke as they were moved by the Holy Spirit.” (II pet. 1:21)

2. It was given only to the Jews. In Deuteronomy 5:1, 2 we read: “And Moses called all Israel and said to them: Hear, O Israel, the statutes and judgments which I speak in your hearing today, that you may learn them an be careful to observe them. The Lord our God made a covenant with us in Horeb.” In Deuteronomy 4:8 he asked: “And what nation is there so great that has statutes and judgments so righteous as all this law which I set before you this day?” Hence the law or covenant contained in the Old Testament together with its ordinances were for the nation of Israel only. To apply them to others is to “mishandle” the word.

3. It provided no salvation. The sacrificial system of the Old Testament was a type of that which was to come and involved the sacrificing of animals as an atonement for sin. However, “it is not possible that the blood of bulls and goats could take away sins.” (Heb. 10:4) The old law contained no provision for salvation from sin and thus Paul writes “by the deeds of the law no flesh will be justified in His sight, for by the law is the knowledge of sin.” (Rom. 3:20) In fact, rather than being given to provide salvation, it was actually designed to make the Jews realize their sinfulness and their need for a redeemer. Hence Paul says “the law was our tutor to bring us to Christ, that we might be justified by faith.” (Gal. 3:24)

4. It was removed or taken away. It was to the Colossians that the apostle declared that Jesus had “wiped out the handwriting of requirements that was against us, which was contrary to us. And He has taken it out of the way, having nailed it to the cross.” (Col. 2:14) In speaking of the two covenants, the Hebrew writer stated that “He takes away the first that He may establish the second.” (Heb. 10:9) In fact, this epistle begins with the observation that “God who at various times and in different ways spoke in time past to the fathers by the prophets, has in these last days spoken to us by His Son, whom He has appointed heir of all things, through whom also He made the worlds.” (Heb. 1:1)

From these passages we learn that the Old Testament as a rule of faith or a binding law has long since been annulled or abrogated. Only the Jews were ever subject to it, and now not even they are bound by it. Rather, Christ by means of His gospel or the New Testament is now the expression of God’s will and all men are bound by the teaching of this new covenant. God, indeed, now speaks through his Son and we are to hear Him! (Matt. 17:5) Today we must go to Christ for religious authority, not Moses, for “whatever you do in word or deed, do all in the name of the Lord Jesus.” (Col. 3:17) Many religious practices of today find their authority in the Old Testament, not the New Testament, for men have failed to “rightly divide the word of truth.”

As we turn our attention to the New Testament, we find that it falls into four natural divisions, each of which serves an important purpose. We need to keep these divisions in mind as we study.

1. Biography: Matthew – John. The first four books of the New Testament are biographical in nature in that they contain an account of the life of Jesus. They tell of his birth of a virgin in Bethlehem, a few incidents of his childhood, but primarily focus upon his ministry beginning at the age of thirty. During this time he became “the master Teacher”, teaching and preaching concerning the coming kingdom wherever he went and confirming the truth of his teachings by “miracles, wonders and signs.” Finally, they tell of his atoning death on the cross, his burial and his resurrection three days later. The last significant event recorded in this section is his ascension back to the Father where he was seated on his right hand, given all authority and became “King of kings an Lord of lords.”

The purpose of this section if plainly stated by the apostle John as follows: “And truly Jesus did many other signs in the presence of His disciples, which are not written in this book; but these are written that you may believe that Jesus Is the Christ, the Son of God, and that believing you may have life in His name.” (John 20:30, 31) So this part of the New Testament is designed primarily to produce faith in Jesus.

It is important to remember that during this period of time the Old Testament was still in force, since it continued in effect until the death of Jesus. The New Testament or law of Christ did not become effective until after that death, (Heb. 9:16, 17) and was first preached on Pentecost following the resurrection of the Lord. (Acts 2) This fact explains many of the statements Jesus made during his personal ministry.

2. History: Acts. This book is pivotal in the New Testament, for it contains an account of the establishment of that kingdom of which our Lord often spoke together with the preaching of the gospel and the spread of the cause of Christ throughout the world. The background for this section is found in Matthew 28:19 where Jesus commanded his apostles to “go therefore and make disciples of all the nations, baptizing them in the name of the Father and of the Son and of the Holy Spirit.”

Acts is often referred to as “the book of conversions,” for it contains a number of accounts of individuals responding to the preaching of the gospel to the saving of their souls. The purpose of this section is to produce obedience, to show how one should act upon that faith produced by the previous section. In every instance it reveals that believers were to repent and be baptized for the forgiveness of their sins. (Acts 2, 8, 9, 10, 16, 18, and 22)

3. Epistles: Romans – Jude. This next division of the New Testament is by far the largest section, consisting of twenty-one letters addressed either to individual Christians or to local churches. The background for this division is found in Matthew 28:20 where Jesus says, “teaching them to observe all things that I have commanded you.” It is noteworthy that there is but one book in the New Testament primarily designed to tell us how to become a Christian and twenty-one instructing us on how to be one! The growth and development of the child of God is essential to his ultimate and eternal salvation in the world to come. One indeed can fall from grace and be eternally lost. Every one of these books teaches that this is so, and admonishes Christians to take the steps which will make their “calling and election sure.” (II Pet. 1:10) Continued faithfulness is a vital condition for the heavenly reward. (Rev. 2:10)

4. Prophecy: Revelation. This last book of the New Testament contains a prophetic vision of “things which must shortly take place.” (Rev. 1:1) It is not a forecast of current or future events from our perspective. It was written to those early Christians who were facing severe persecution and was an assurance of their ultimate triumph through Jesus Christ. It is for us a book of encouragement and assurance in that no matter what trails we may encounter, in Christ there is ultimate victory! If we will believe in the Christ, obey his gospel and then live faithfully this ultimate victory will be ours!

Let’s all be diligent to “rightly divide the word of truth,” recognizing that God’s word retains its power to save only as we rightly divide it.

Have you truly obeyed the Lord?

“Raise Your Voice And Pound On The Pulpit” 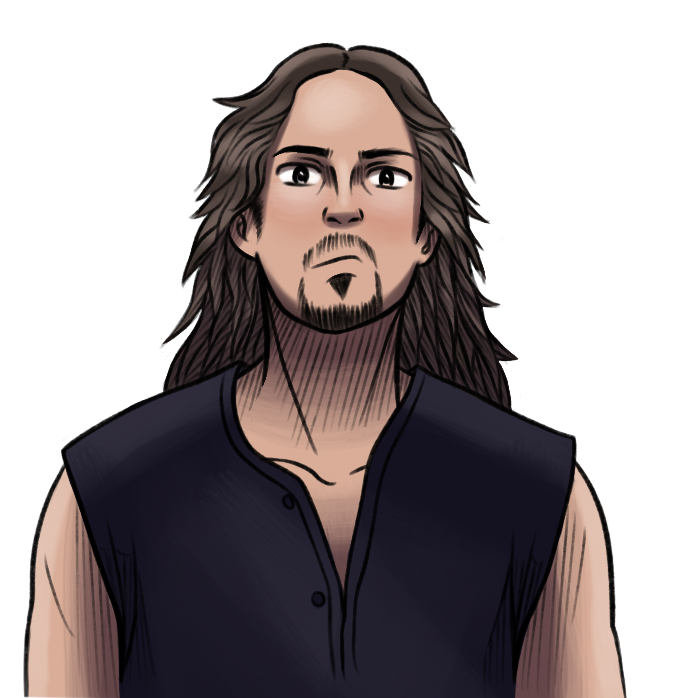